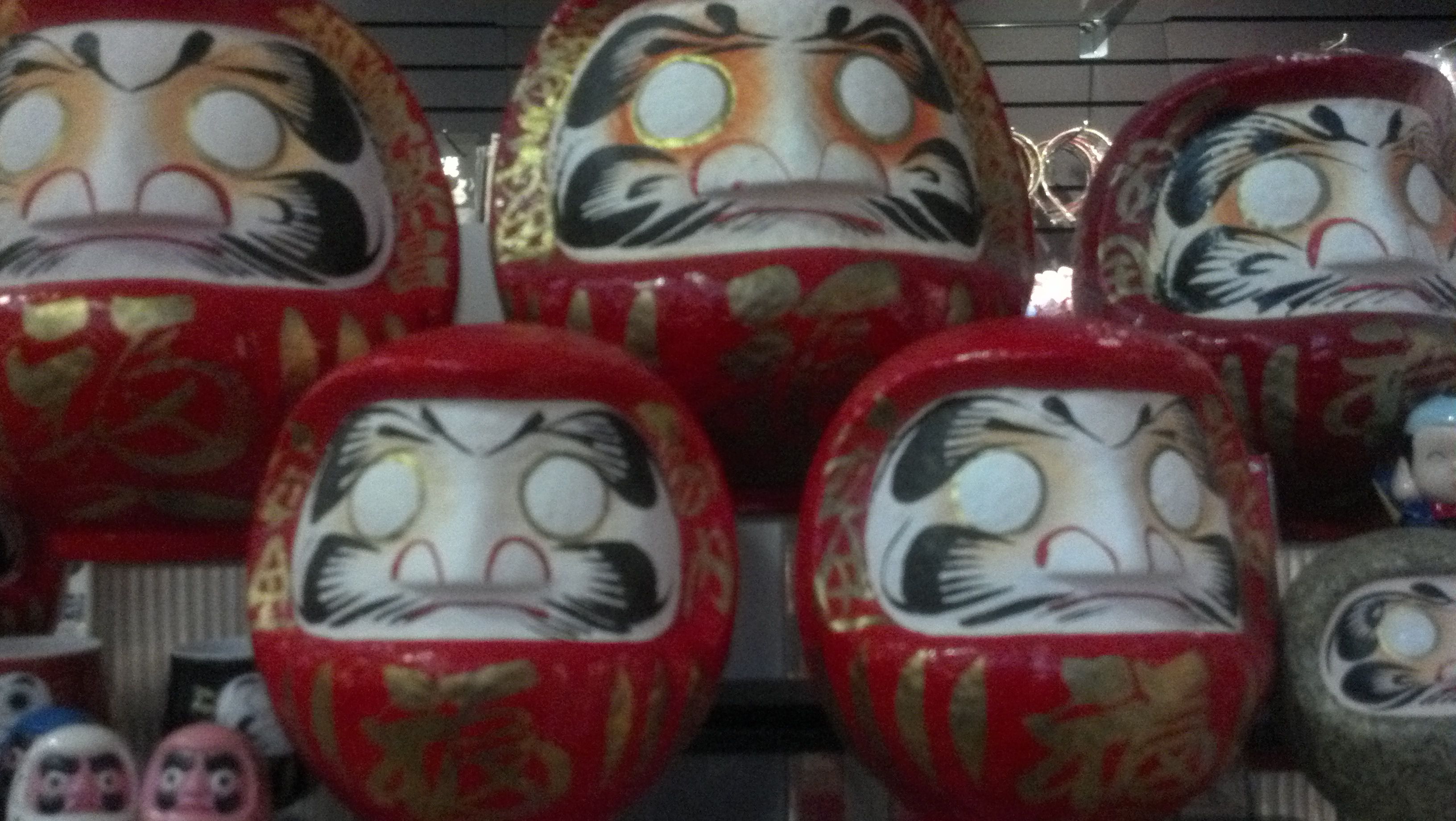 New Year is a big deal in Japan, and not just on New Year’s Day. In the week leading up to the event, “bonenkai” (year forgetting) parties are held to wipe the slate clean. On New Year’s Eve families gather quietly to partake of “toshikoshi”, a light soup consisting mainly of buckwheat soba noodles in broth, symbolizing a long life. Oshogatsu (big New Year) itself marks a three day observance highlighted by visits to the shrines and cold meals of symbolic foods dating back over a thousand years referred to as osechi ryori

A second New Year observance called “koshogatsu” (little New Year) occurs during the three-day period in the middle of January. The Fire Ceremony of Dondo Yaki (どんど焼き), occurs on January 15th, when families bring their traditional holiday decorations to the shrines where huge bonfires are built to purge the old year. People also bring their old Daruma dolls, whimsical wooden heads stylized on Bodhidharma – Patriarch of Zen Buddhism, which are added to the pyre. Most shrines conveniently sell the dolls for burning if you don’t have one on hand. As the embers burn, mochi (rice cakes) are toasted on sticks and shared, along with wishes for good health and fortune.

To all our fans and family of Hurry Curry of Tokyo , we wish you good fortune and happiness in the coming year!