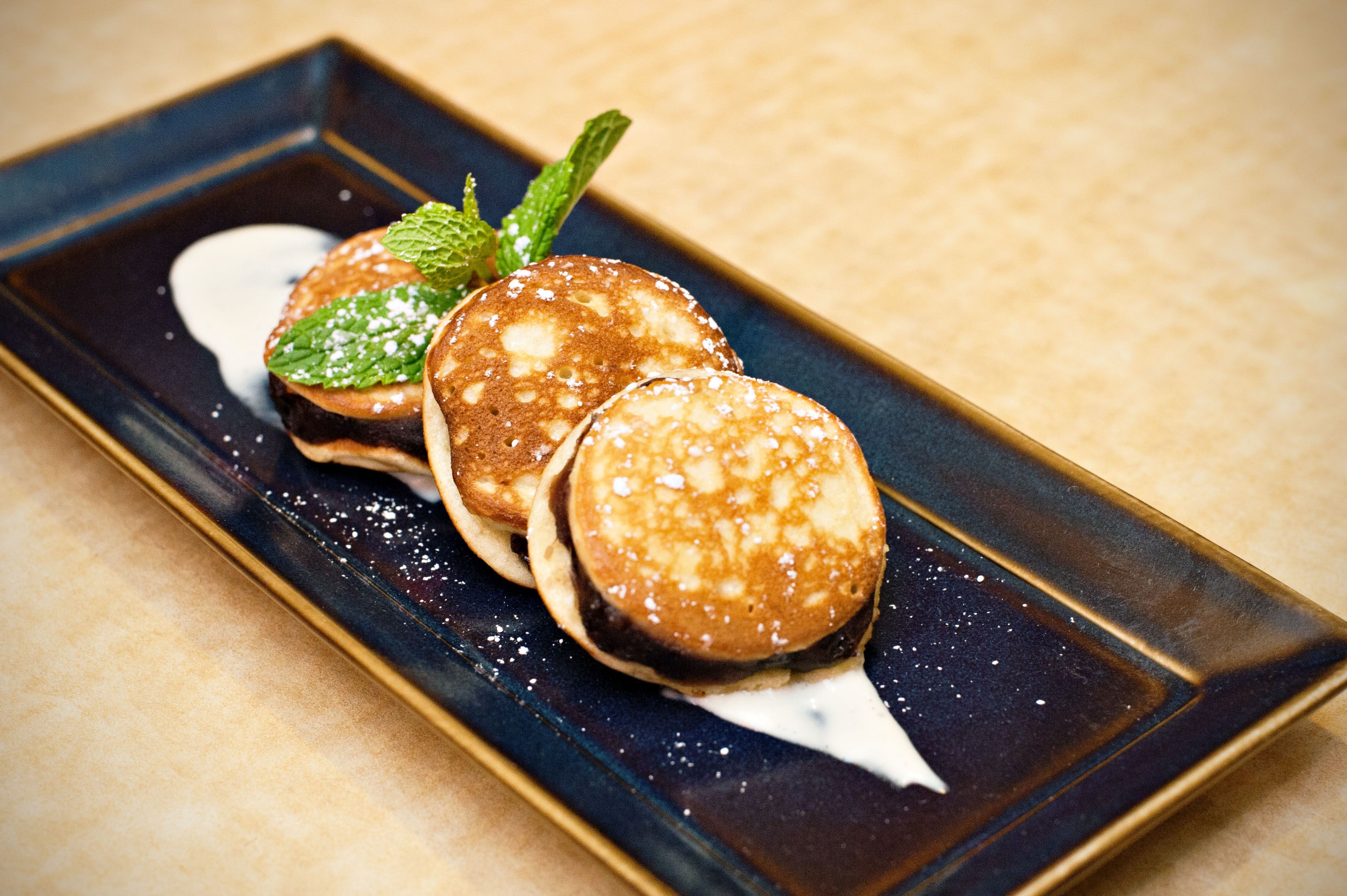 Dorayaki cake sandwiches, the tasty snack or dessert found in tea shops and food stalls alike around Japan, consists of spongy pancakes wrapped around red bean paste or other tasty filling. So popular today, the Japanese have even created an anime character dedicated to the treat. Doraemon, a blue robotic cat with a craving for all things dorayaki, falls helplessly into any trap involving dorayaki. Yet like many popular Japanese foods, the origins are found deep in the history of Japan’s trade with foreign countries centuries ago.

When the Portuguese initiated relations with Japan in 1542, they shepherded in a century of cultural and commercial exchange primarily in the port city of Nagasaki. Although Japan shutsits doors to Portugal in 1639, the Portuguese traders left behind a culinary impact that continues today. Along with tempura and nanbanzuke, the Portuguese introduced a traditional sweet sponge cake known as Pão-de-ló . The Japanese referred to this pastry as “Kasutera” (Castella) after the Portuguese expression for egg whites “claras em castelo” . In typical Japanese fashion, the original basic recipe of flour, sugar, and eggs was modified over time including using starch syrup or honey to replace expensive sugar. Today the moist and spongy “Nagasaki Castella” remains a popular regional souvenir.

Meanwhile, China introduced to Japan the practice of growing and eating beans as a food staple around 1000 AD. Red azuki beans, boiled and blended with sweeteners to form the filling “azuki-an” or “anko”, are used in many traditional desserts Japanese. Koshi-an, the smooth version made from only the inside of the beans, and Tsubu-an, the rustic whole-bean version, represent the most popular types of anko fillings.

In the earliest years, thin Castella cakes were merely folded around fillings, however, the owner of Usagiya in Ueno, Tokyo claims credit for creating “Doriyaki” in 1914 by layering two thin cakes of Castella around the anko filling. The name “Dorayaki” derives from “dora” (gong) and “yaki” (grilled). One theory is that the name simply refers to the shape of the cake, while another more elaborate legend involves the rescue of the warrior monk Saito no Musashibo Benkei who was served cakes cooked on a gong itself.

Although originally Doriyaki were filled only with red bean paste, modernly any filling is acceptable. Popular fillings today include chocolate cream, sweet potato cream, chestnut cream, and fruit jams. We especially like Nutella as an option!