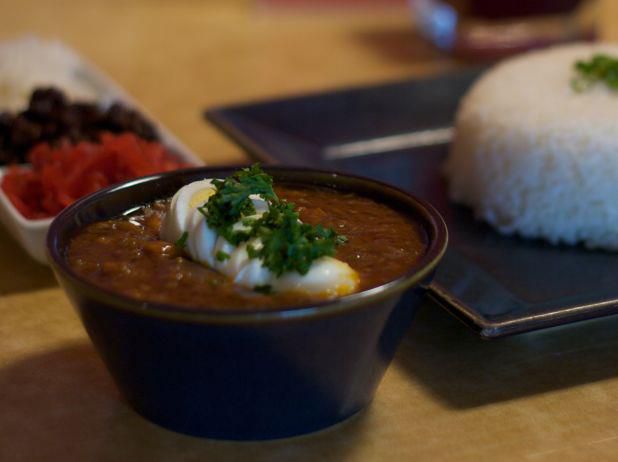 Japanese raisu karī or “Rice Curry”, the national dish of Japan, combines the culinary traditions of India, Great Britain, and even France. Curry was introduced to Japan from India via the British Navy in the second half of the nineteenth century, when Meiji-era Japan opened its doors to foreigners and their goods. The term “curry” was invented by the English administrators of the East Indian Trading Co. and later continued by British government employees. Originally the term derives from a Tamil word, “kari“, which means a spiced sauce. Unlike the original Indian version however, British inspired curry uses a base of flour and cooking fats thickened into a “roux” , a French way of making traditional sauces. Additionally vegetables are incorporated with the spice blend, giving Japanese curry its distinctive flavor balance of sweet and spicy. The Japanese navy incorporated curry into the military diet as effective remedy for beriberi, a disease caused by B-1 deficiency. Upon returning home, the sailors brought with them their passion for curry and a Japanese curry tradition was born.