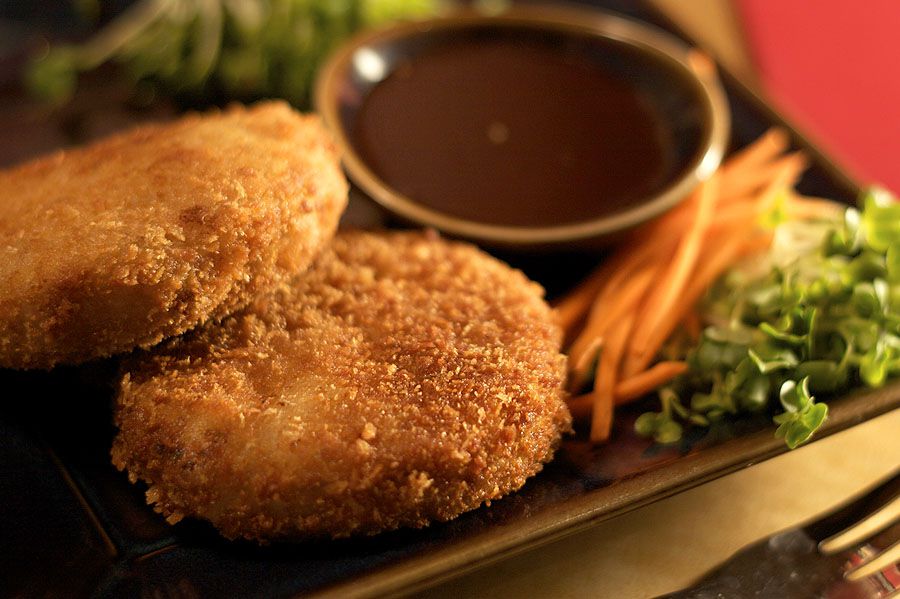 Korokke (or “Karokke” ) – the Japanese version of the French “croquette” – is a prime example of yoshoku cuisine, which are foods adopted from other countries following the Meiji Restoration and given a unique Japanese twist. The word “croquette” means “to crunch“… and crunchy it is! But how did this delectably creamy deep-fried morsel become a popular street food in Japan?

In 1858, Japan and France signed a treaty which paved the way for the trade of goods and cultures. This influence impacted the cuisine of Japan as well, perhaps most evidently in the excellent French pastry shops which abound throughout Japan .

The korokke maybe a more humble food, but it’s no less satisfying. While the most common korokke ( which we serve) consists of mashed potatoes blended with fried onions and hamburger , tasty kobacha pumpkin and cream crab versions exist as well. Convenient pre-packaged korokke can be purchased from shelves in the department store food pavilions in Japan , however nothing quite beats a piping hot korokke straight out of the fryer with a side of tonkatsu sauce!