Lobster Bisque – French soup at home in our Japanese restaurant 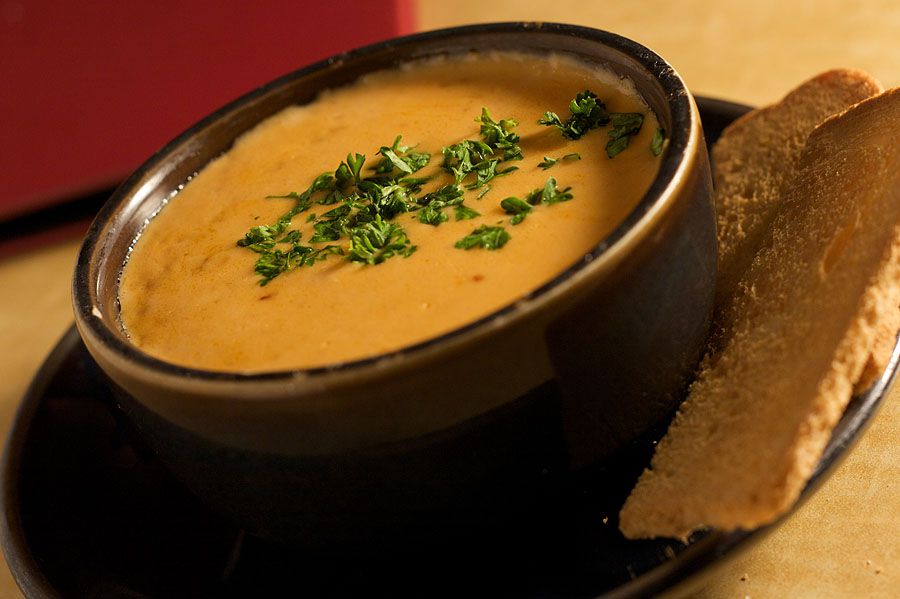 A regular fan favorite on our menu, hot and creamy Lobster Bisque is a thoroughly French inspired delight. So why do we have distinctly French cuisine in our very Japanese curry restaurant?

While Iron Chef Sakai wowed the modern western world with the concept Japanese French fusion, Japanese nationals had been enjoying French inspired dishes for over one hundred years. When Japan opened its doors to Europe and America in the mid-1800’s, it willingly embraced foods from those foreign countries as well. In the “yoshoku” tradition, Japan adopted and adapted French croquettes, pastries, and sauce thickening methods, along with the techniques for making bisque and pottage style soups.

Traditionally, French bisque is a savory soup made from shellfish. Japanese bisque specifically incorporates lobster, because of the abundance of Japanese SpinyLobsters (ise ebi) caught off the shores of Chiba, Wakayama, Mie and Shizuoka Prefectures.

We’re proud to serve our customers fresh (not canned!) Lobster Bisque in the Japanese yoshoku tradition. Oishii desu yo!