Spaghetti Napolitan : How did Ketchup get in my Japanese Pasta? 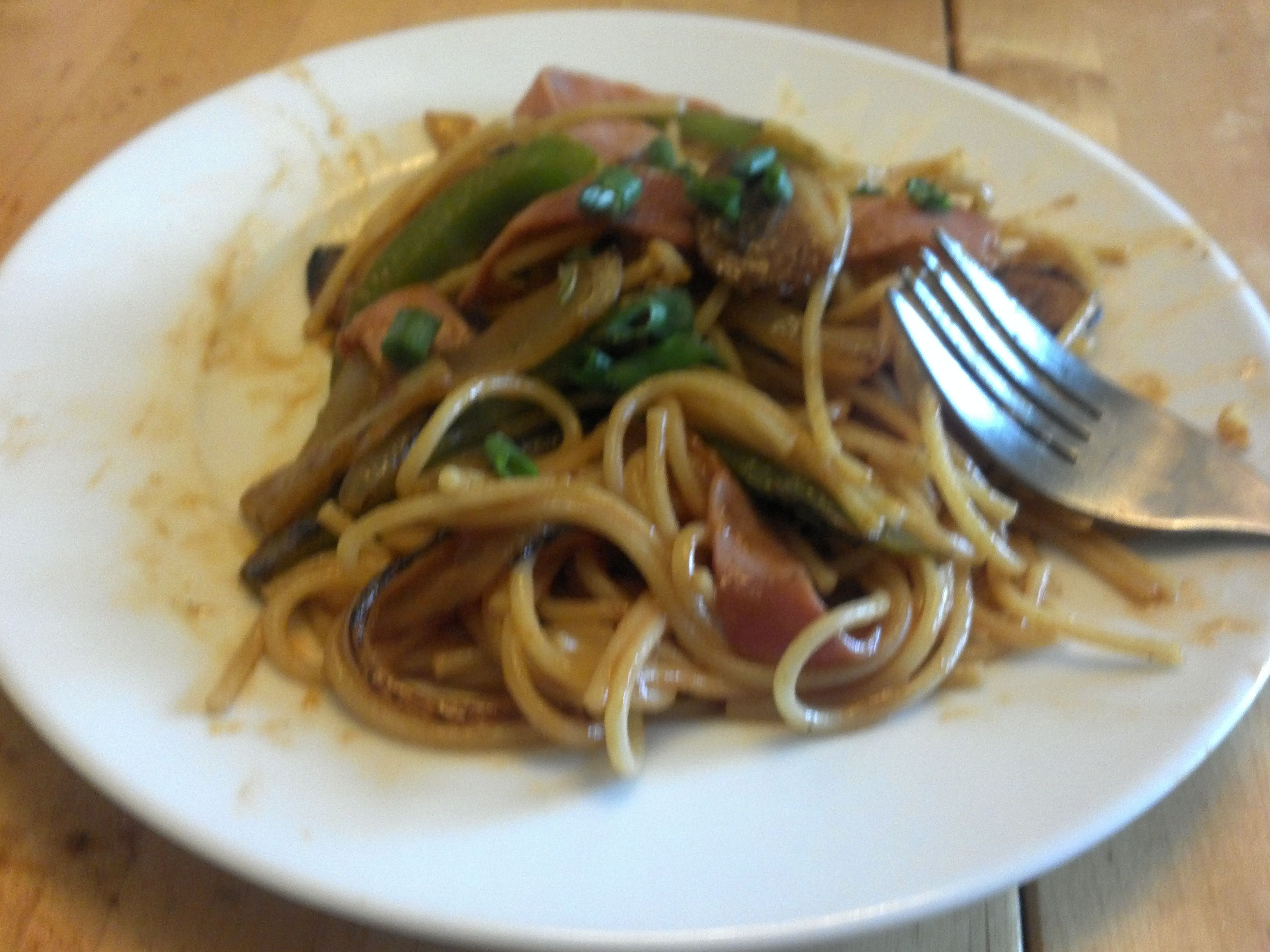 One of the more curious staples on menus of coffee shops through out Japan is the go-to comfort food known as Spaghetti Naporitan or Napolitan (Japanese: ナポリタン) . Despite the Italian reference in the name, there is little Italian authenticity in the popular dish. Like many Yoshoku creations, the Japanese have taken ingredients from other cultures, combined with items found on hand, and created a totally unique dining experience.

According to the local lore of Yokohama, the arrival of American troops following World War II inspired the dish. Yokohama’s Hotel New Grand was taken over by the U.S military and used as accommodation for the occupying forces, including Gen. Douglas MacArthur. The army crew used military rations of spaghetti mixed with ketchup, cooked in the hotel kitchen, to serve military personnel. Years later when normal operations were resumed at the hotel, Shigetada Irie, the hotel’s head chef, replaced the ketchup base with his own recipe of tomato sauce made with fresh and boiled tomatoes – the version still served at the Hotel New Grand today.

Despite the recipe used in the Yokohama hotel, however, most modern versions stick to the original ketchup interpretation. As described by Nippon Naporitan Gakkai (Japanese Napolitan Society), which lays claim to the right to accredit restaurants serving the dish, Spaghetti Napolitan is specifically made with a ketchup-based sauce. After that, however, the variations are only limited by imagination. The ketchup base may be enhanced with tonkatsu sauce, heavy cream, or even jarred marinara sauce and white wine. Most recipes call for sauteed onions, green peppers, mushrooms, and ham, but innovated chefs may substitute hot dogs, sausage, or possibly bacon. Individual customers may choose to enhance the experience with Tabasco sauce or grated cheese.

Along with Japanese curry, wafuu pasuta, and other Yoshoku dishes, we are pleased to bring you our take on a truly unique Japanese creation – Spaghetti Napolitan!