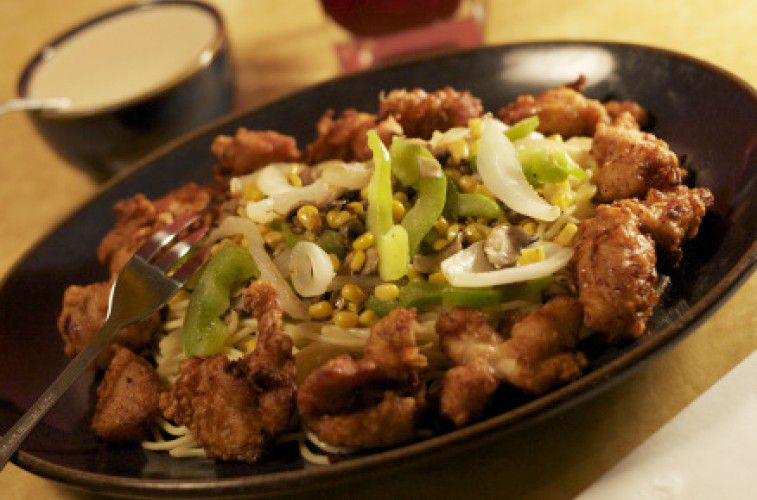 Japanese dining is not all sushi and tofu. In fact the most popular meals in Japan – curry and ramen – were inspired by dishes from India and China. Japanese chefs love nothing more than adopting a foreign food and then recreating the Yoshoku (foreign) dish with a uniquely Japanese spin.

The greatest surge in Yoshoku popularity is tied to Japan’s political upheaval in the mid 1800s. Emporer Meiji’s returned to power in 1867, and subsequent move of the capital of Japan from Kyoto to Tokyo in 1868, marked a dramatic turn of economic and social changes known as the Meiji Restoration. Japan swung open its doors to Western influence and trade, reforming not only education, religion, government, and attire, but also culinary traditions. The Japanese adopted many Western foods, tweeked with unique Asian sensibilities, to create a cuisine known as “Yoshoku” (Western style Japanese dishes). Once used to only describe dishes developed during the Meiji Period, Yoshoku has come to loosely describe any dish derived from foreign origins, including curry (Indian, Great Britain), gyoza and ramen (China), croquette (France), as well as tempura and katsu (Portugal). In fact, many of the dishes served today in Japanese restaurants in the US are really “Yoshoku”.

At Hurry Curry of Tokyo we are proud to embrace a 150 year old tradition of Yoshoku cuisine. Itadakimasu!